A lot has changed since we last published our post on engagement rates. We’ve had an influx of influencers signing up to the platform, which means we now have a huge sample size, to make engagement rate, inferences from.

And of course, social media channels specifically Instagram have seen various changes in their algorithms. Which also means that for some of you, your engagement rate may have experienced a hit, whilst for others  it has shot up.

Nonetheless, we’ve created a simple guide for you to determine whether or not you fall in or out of the engagement rate “norm”.

Engagement, is the percentage of your audience that on average engages with your content. It’s an indicator as to whether your audience finds your content interesting enough to interact with it; to go that extra step by “liking”, “commenting” or “sharing” your post.

On ZINE engagement rate for Instagram is shown as a percentage and is based on your last 15 posts. Considering the number of “likes” your post receives and your “total reach” engagement rate is calculated as:

But what does my engagement rate actually mean?

We’ve grouped just over 10,000 quality influencers who have signed up with ZINE and calculated their average Instagram engagement rates to give you a little context.

Depending on what bracket you fall into based on your reach, you can figure whether your engagement is proportionate to your reach with the graph below. 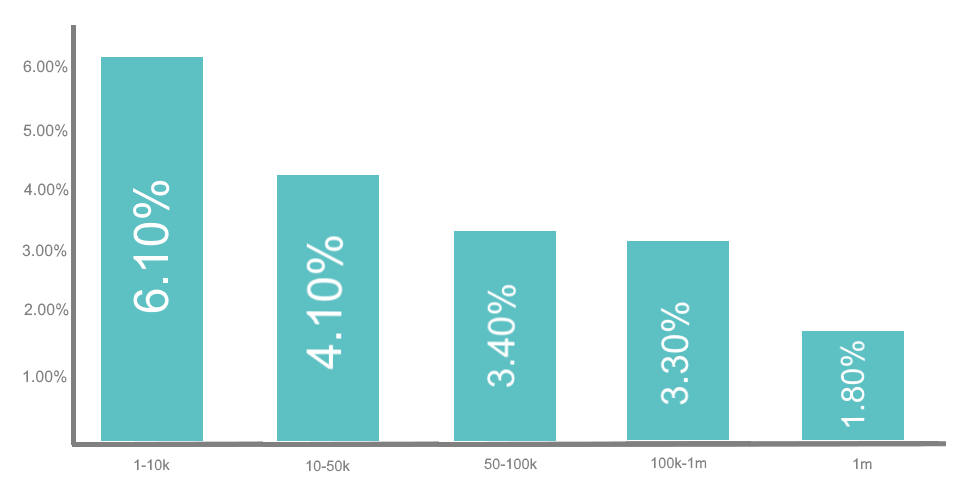 To sum it all up:

Smaller influencers (micro-influencers) tend to focus on niche areas, leading to a more specific and focused audience.  A smaller following, allows for a give-and-take kind of interaction, influencers being more in touch with their audiences as a result; influencers responding to comments, answering questions and returning the likes. Influencers with a smaller following and increased engagement rate are perceived as more trustworthy and their following, more active, authentic and loyal.

Am I a Micro, Mid, Macro-influencer or Social Celebrity? 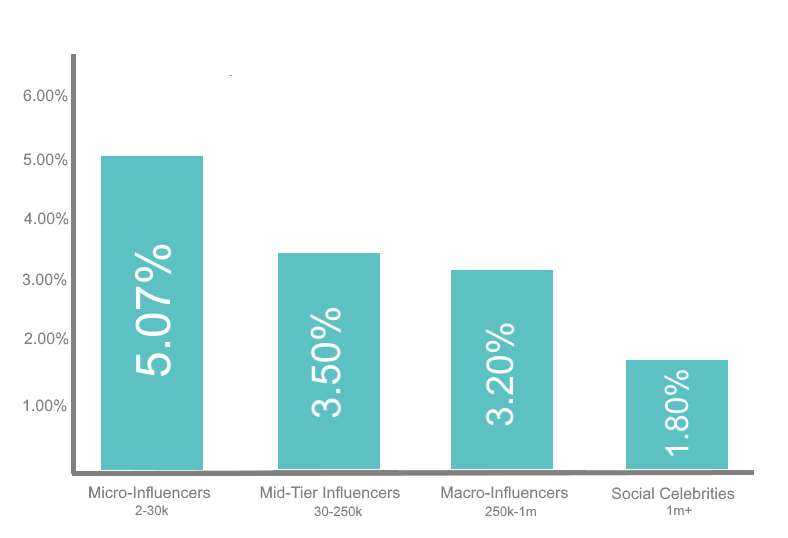 What about those algorithm changes?

When Instagram’s algorithm was rolled out, the idea was to prioritise user-generated content that will spark conversations and interactions. It was designed to bring more likes, comments and engagement. Which our analyses show that it’s doing just that, as compared to last year we have seen the engagement rates of influencers on ZINE sky rocket.

Want to skip all the manual calculations?
Sign up with ZINE to find out your exact engagement rate and dive into more of your analytics.