When brands begin thinking about running influencer marketing campaigns, usually the first thought is to opt for the influencer with the largest following. After all, the more followers they have, the more money they’ll make for your brand, right?

Often, smaller influencers have a much more targeted following and you could find more lucrative results from there.

Let’s look at an example.

Initially, you might think your resources are better off with influencer A as they have more followers.

But now, If we tell you that influencer B is a vegan and consistently posts about the latest vegan products to her followers (who are also mostly vegan). Influencer A is not vegan and may or may not have followers who are vegan.

Why are there different types of influencers?

However, the influencer marketing categories are useful when it comes to setting budget and prices for the influencers you do choose to work with.

What is a nano influencer?

A nano-influencer is a relatively new term in the world of influencer marketing. Typically, it refers to someone who is influential within their own community, but on a whole, has a small follower count. However, nano-influencers are often most powerful, despite the lower follower count. Because where they lack in high follower numbers, they make up for in increased engagement.

How to leverage nano influencers

When it comes to leveraging nano-influencers for your brand, you have a range of options. As we’ve already stated, although this class of influencer has the smallest total following, their engagement rates are often high as for their audience, nano-influencers are often more authentic and it’s less obvious when these influencers work with brands because they typically only work with brands they really care about. What’s more, influencers in this category usually have a closer following and relationship with their audience.

In many cases, nano-influencer marketing happens without the brand doing anything. Think about when brands showcase user-generated content from their customers. 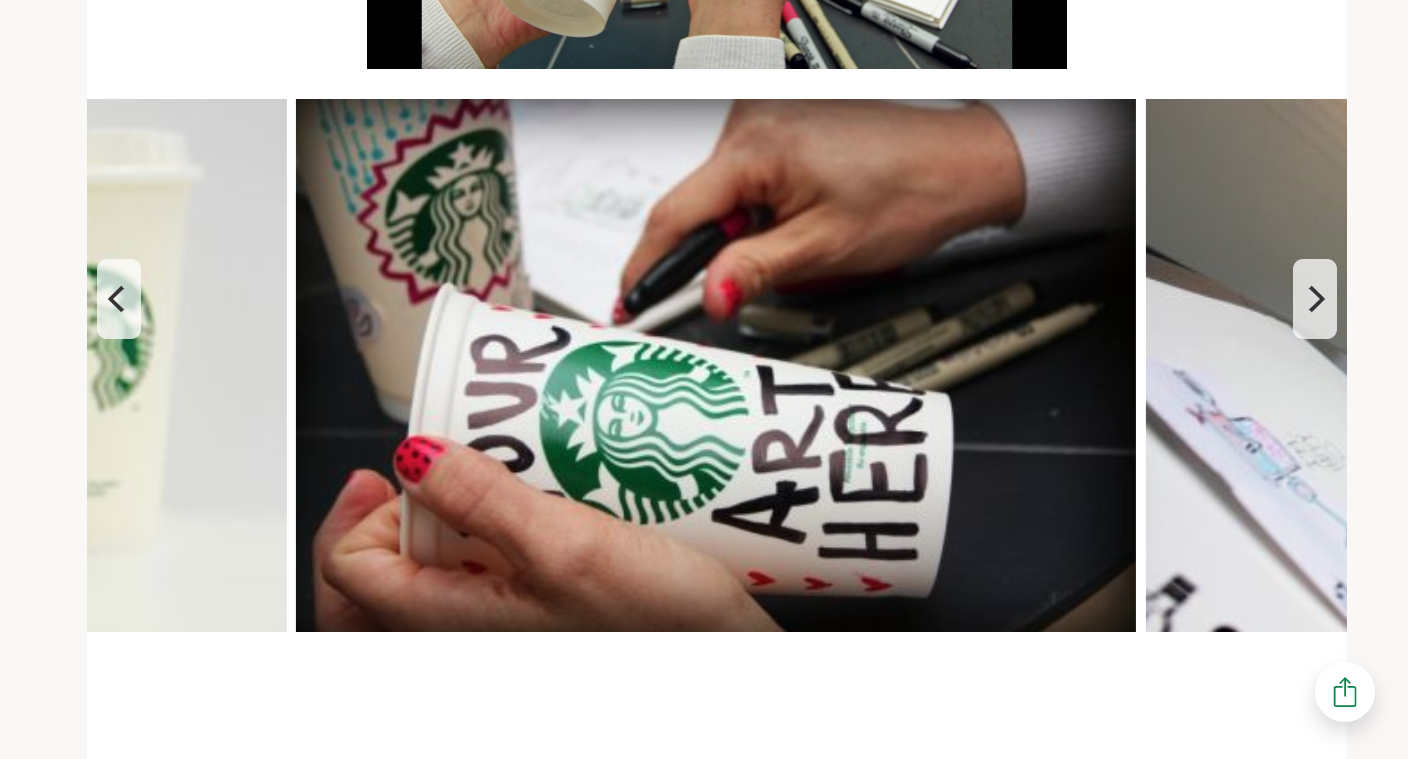 Think about the Starbucks white cup campaign. Social media users (with small to large followings) were encouraged to decorate their Starbucks cup and post a photo of it online using a predefined hashtag.

What’s so great about this campaign is it relied heavily on the smaller (nano-influencers to keep the campaign viral.

If you think your brand could benefit from working with nano influencers, but you’re not sure where to get started, why not check out our influencer marketing strategy quiz where we help you define what type of campaign and influencer would support your business the best.

What is a micro influencer?

These influencers are usually seen as less of a celebrity and more of an expert within their own specific niche or industry.

How to leverage micro influencers

When it comes to leveraging micro influencers, you’ll pay far less than you would if you were hoping to work with macro or mega influencers. So working with these influencers is usually where you find your biggest return on investment – but only if your product actually fits in with their audience.

Although they have a following, their prices are usually a lot less than larger influencers, despite their reach being higher.

We scoured our database to find the top 10 micro influencers. If you’re a brand looking to work with a micro-influencer for your next campaign, check out our top 10 list here. 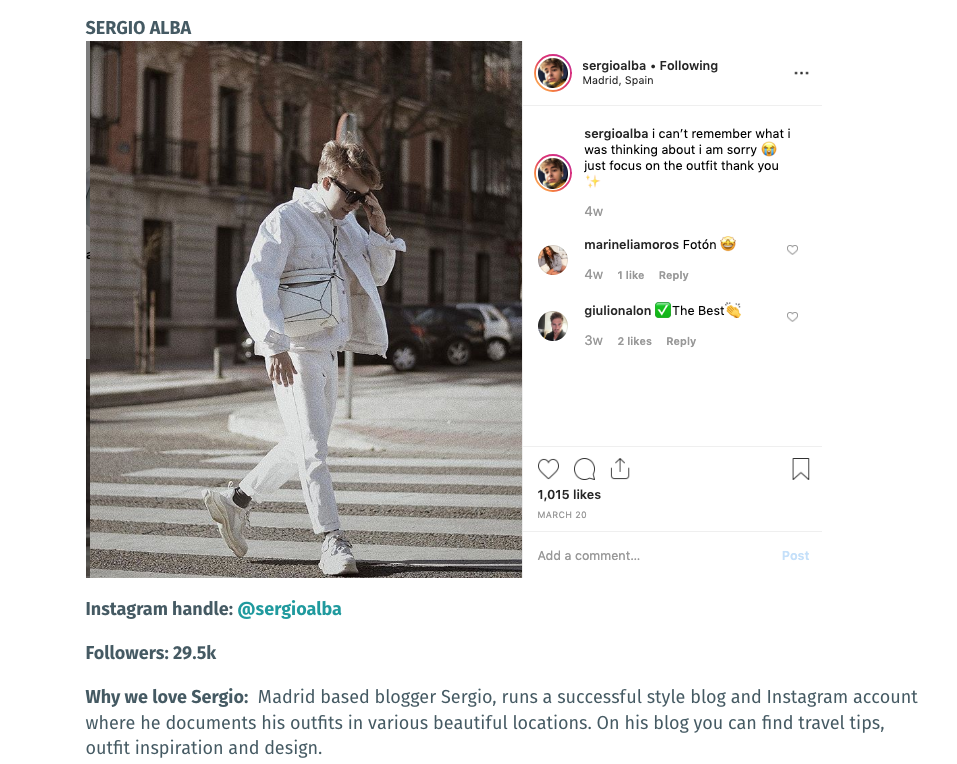 What is a mid-level influencer?

The great thing about mid-level influencers is they have a combination of impactful reach and a high engagement rate. They’re also not too big where their audience can’t be aligned. The larger an influencer’s following – the less concentrated their audience is and as such, you’re able to run better campaigns.

How to leverage mid-level influencers?

So if you’re out of inspiration for who to collaborate with, look no further. With over 200,000 influencers on ZINE you’re bound to find the mid-level influencers right for you. And to get you started, check out this list of our top 10 favourites: 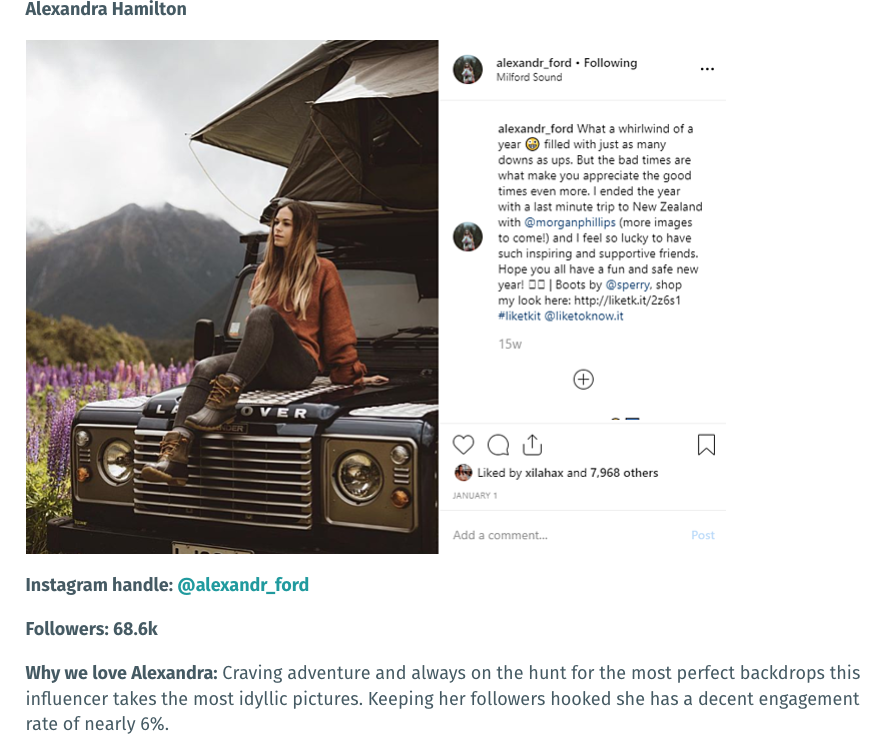 What is a macro influencer?

A macro influencer has impactful reach and a powerful engagement rate, but they’re also able to connect with an engaged audience with shared interests.

Often these influencers have built their following online, instead of being a celebrity outside of being an influencer.

However, most people who’ve reached the macro or mid-level influencer stage do it full-time and often work with an agent or talent company to arrange brand deals. This is good for increased efficiency when it comes to getting things done, but also comes with additional increased costs.

How to leverage macro influencers

If you want to reach a broad demographic, then a macro influencer might be better as even though they have large followings, their followings are some what targeted, compared to mega influencers /social celebs, where often people just follow them because they’re a celebrity.

What is a mega (celebrity) influencer?

A mega influencer usually has hundreds of thousands of followers, if not millions. These people are generally celebrities, outside of being an influencer. They might be a singer, actress or online personality.

In terms of their reach, they usually have the highest, given their number of followers. But what they have in large followings, they miss out on real connections. Because of their huge following, it’s hard for them to connect with their audience on a personal level.

They lack the real connection micro or macro influencers are able to have with their followers. What’s more, the cost of working with a mega influencer is much higher than working with a smaller influencer. To put that into perspective, Kylie Jenner, with her 142 million followers could realistically ask for $1 million per sponsored instagram post. 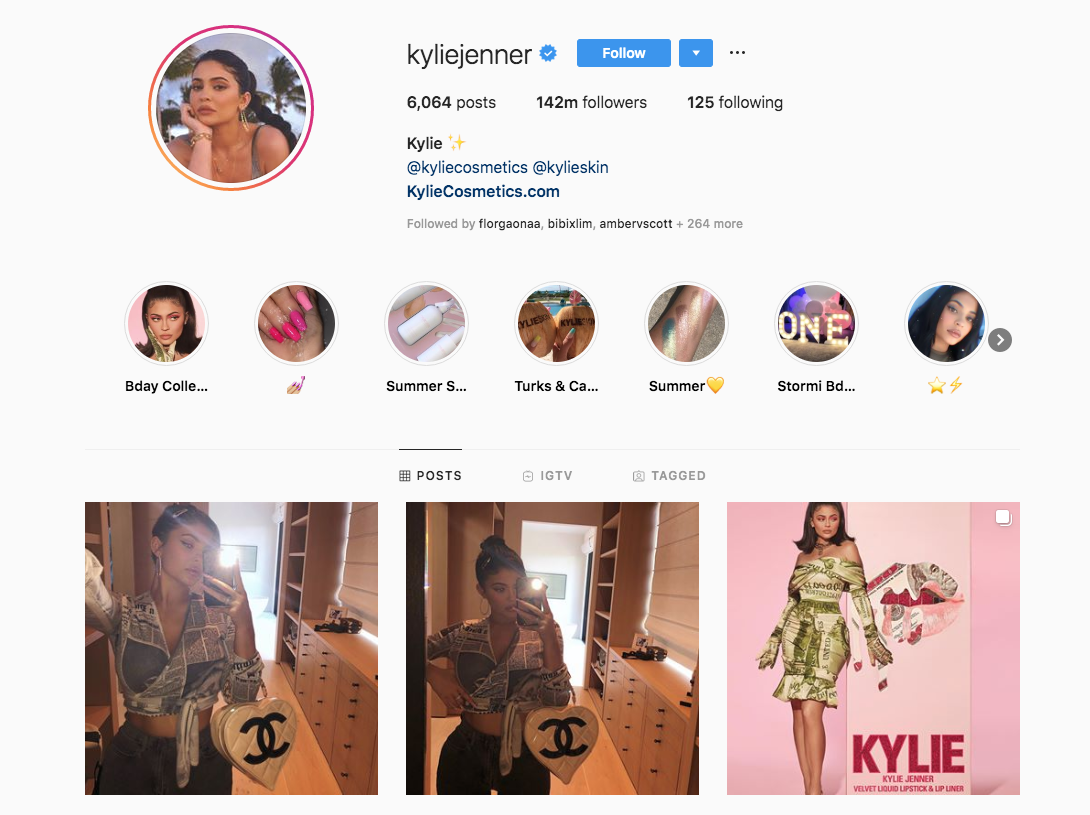 So is it worth it? Well, it really depends on the brand in question. Even though these celebrities have a large following, their influencing power is much lower because their followers are generally super diverse both demographically and psycho-graphically.

Mega-influencer campaigns work well for brands who have a huge budget and products that appeal to the masses.

How to choose the right type of influencer for your brand?

If you’re unsure about how to choose the best category of social media influencer, why not check out our quiz.

When we consider the fact that influencer marketing will be a $10 billion dollar industry in 2020, it’s no surprise that brands of all sizes are reaching out to influencers of all sizes to start working on marketing campaigns together. So whether your strategy calls for a nano, micro, macro or mega influencer, make sure you choose the right type and get the best ROI for your brand.