The Food and Beverage industry contributes to over £31.1 billion of the economy and influencers are aiding the generation of revenue. Up until now brands have worked with influencers in incredibly creative ways. Seamlessly demonstrating their products in influencers’ feeds whilst reaching their highly engaged audiences.  Influencer marketing has proved to work extremely well for food and beverage brands in the past, and we’ve seen the extreme ripple effect it can have when influencers feel passionate about the brand.

That’s why we’d like to inspire your campaigns with our favourite examples from some of the best food and beverage brands out there. With a database of over 200k influencers here at ZINE you’re bound to find the ones that are perfect to kick start your influencer marketing campaign. So let us inspire you… 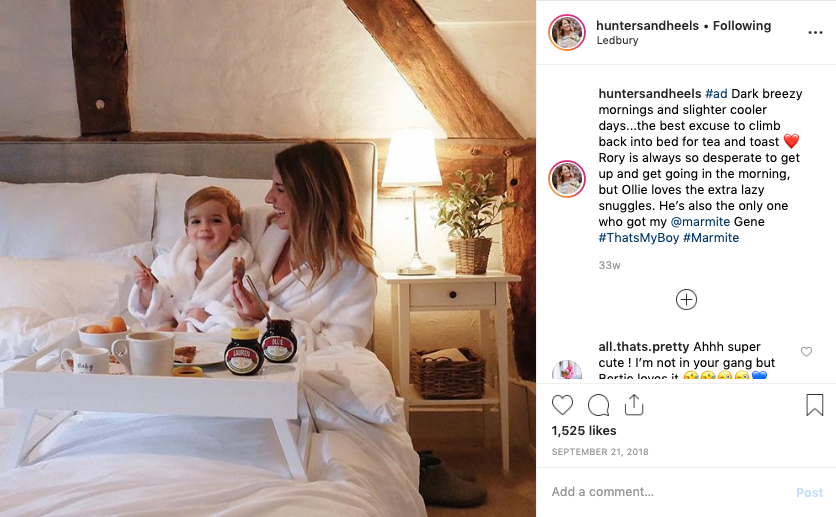 Back in 2015 Marmite announced that they would be opening a pop up shop for personalised jars in the Westfield Shopping centre at Shepherds Bush. Consumers could purchase the jar via the Facebook app. This was a huge step for Marmite who has since excelled in personalised products and collaborations. They have a strong influencer strategy of gifting influencers a personalised jar in return for content to assist exposure of other marketing campaigns they have running such as the Marmite Gene Project. It’s a great way for influencers to share how they enjoy the product in their everyday life. 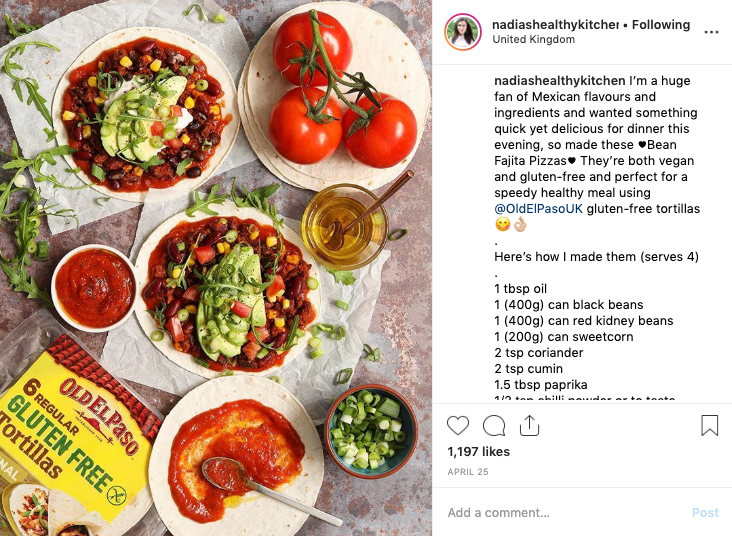 Old El Paso collaborated with gluten free influencers to create a recipe using their gluten free wraps with the hope that this would inspire their followers to do the same. By allowing influencers to create their own recipe Old El Paso showed how versatile their wraps are with a variety of recipes consumers can recreate. From Bean Fajita Pizzas to a cheesy, chicken enchilada, they proved there’s a gf wrap recipe for everyone! 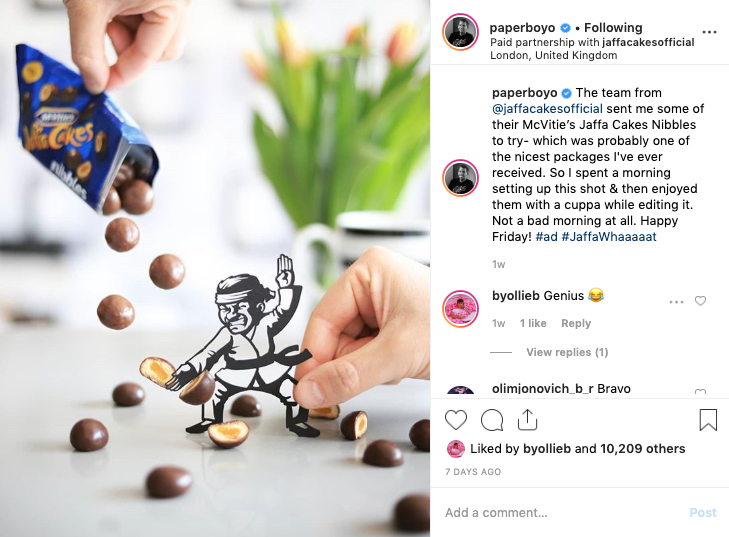 Jaffa Cakes used a selection of creative influencers to generate a buzz around the launch of their new product,  Jaffa Cakes Nibbles. Taking a leap and giving influencers creative reign allowed for more organic content to be created that the influencers audience engage with. This produced a wide range of unique content with brilliant engagement rates. 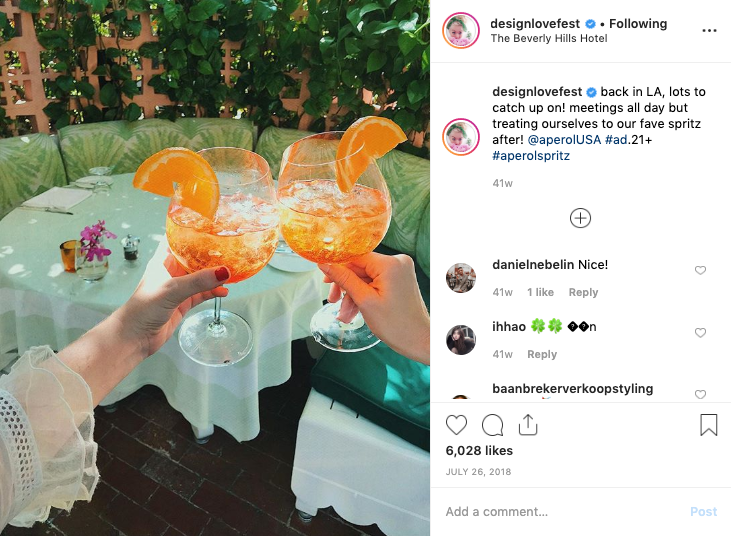 Aperol champion the drinks market when it comes to experiential events with their Big Spritz Social featuring an Aperol canal, boats, Vespas and a waterfall… It’s no wonder they secured themselves as the drink of the summer. Alongside their experiential strategy they activated a number of influencers to create eye catching content accompanied by captions, storytelling when they first discovered the legendary, Aperol Spritz. This prompted followers to try it for themselves and encouraged those that are already fans to go out and grab one in the sun! They not only offered unique experiences to influencers, but they managed to generate a huge buzz, by opening them to the general public and including all fans. 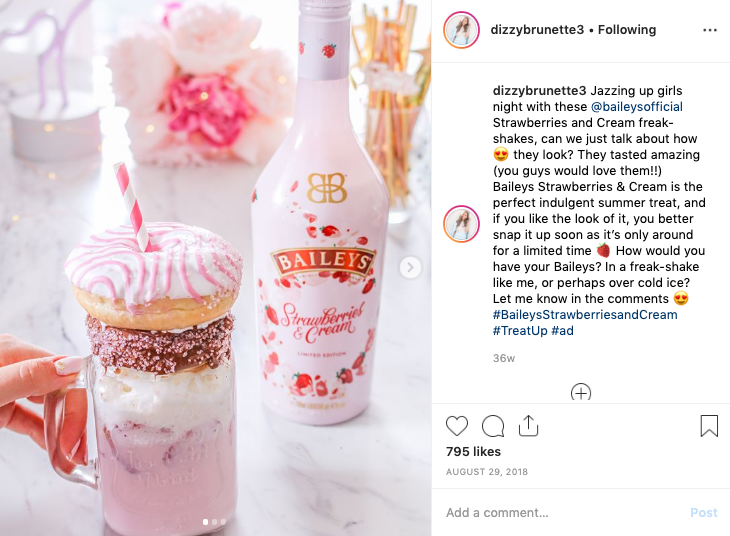 Baileys have expanded from their traditional liqueur to appeal to a wider audience, releasing new flavours such as Strawberries & Cream and Chocolate Luxe. This gave influencers the opportunity for cocktail creation. Making their drinks as Instagramable as possible to entice followers to try it out for themselves. Corrie took to creating her very own freak-shake topped off with doughnuts. This approach encourages followers to engage with the product, try out new recipes and even create their own to share with their followers. 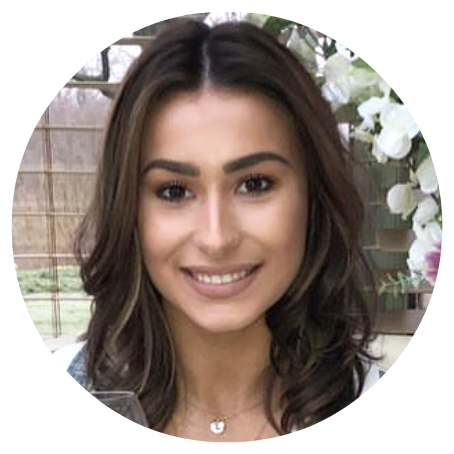 I’m Influencer Marketing Executive here at ZINE, where I manage communications of over 55,000 influencers. I’m a self-confessed coffee and shopping addict who is happiest when in the sun.