What are micro-influencers and how can you find them?

The influencer marketing industry has matured. Now, influencer sub-categories exist to highlight what type of following they have.

Micro-influencers have between 2,000 and 50,000 followers on their social channels. They have a smaller reach than influencers with larger followings. Although their engagement levels tend to be higher in comparison. Higher engagement means better performance.

According to data from Forbes, influencer content can cost anywhere between a few hundred to thousands of pounds. Brands quickly noticed that once an account increases the following to a certain size, the level of engagement decreases. Consumers just don’t interact with celebrities in the same way they do with people just like them.

Micro-influencers are known as experts in their specific industry.  They often have a niche, targeted following. The smaller following isn’t negative. Smaller followings mean a better connection with their followers.  When working with influencers, it’s important to consider audience demographics too. Ideally, the influencer should have an audience that matches your ideal target customer.

Where to find micro-influencers

To find micro-influencers on social networks, you need to utilise hashtags. Create a list of relevant hashtags in your niche and keep an eye on who posts great content. If you’re in the sustainability niche, for example, search for #sustainablefashion. Instagram’s hashtag tool suggests other suitable hashtags relevant to your initial search. 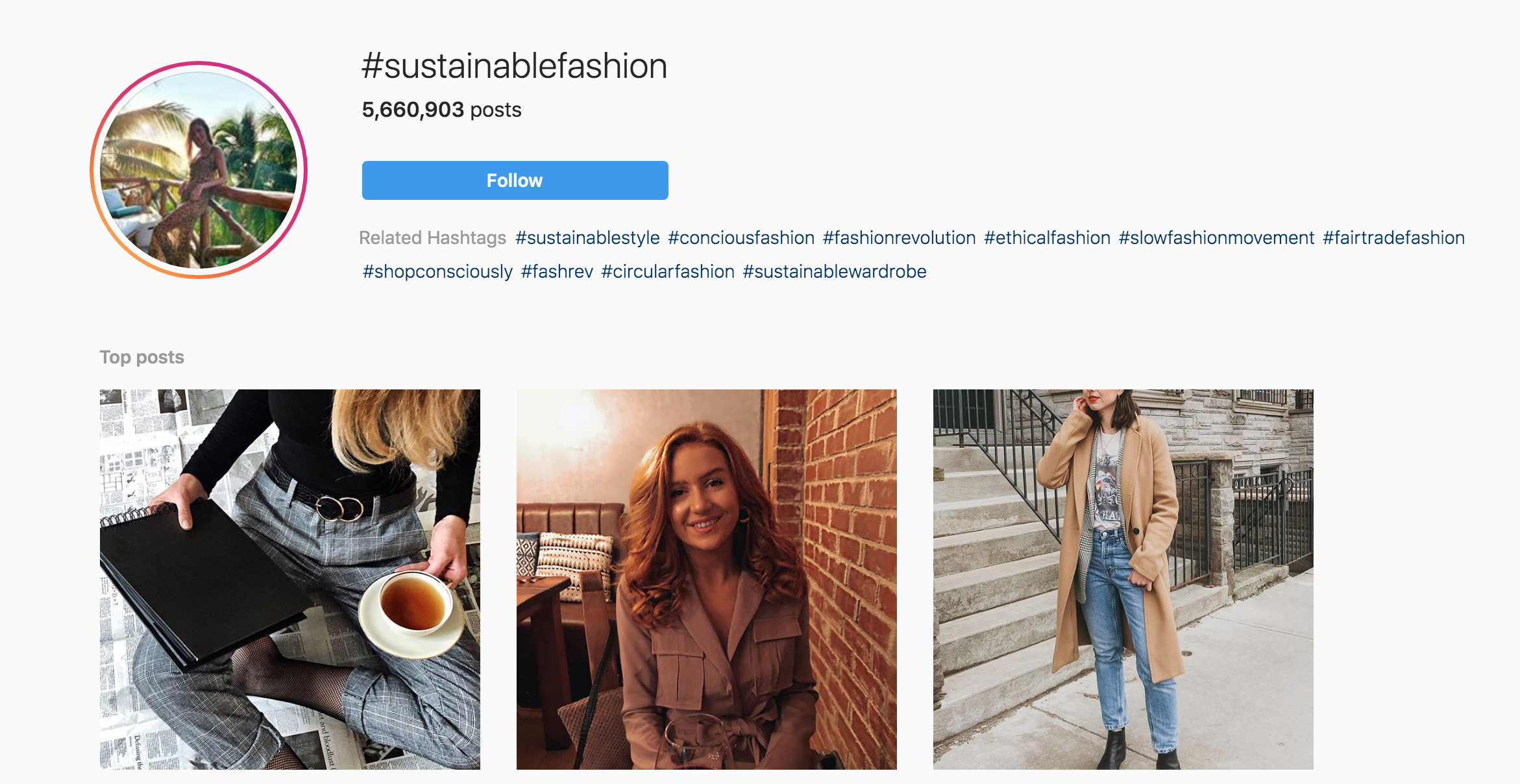 Or, use an influencer marketing database, to generate a shortlist of influencers to match your brand values.

Using  ZINE to search for “sustainable fashion” populates a list of potential influencers. These influencers share a passion and for sustainability. 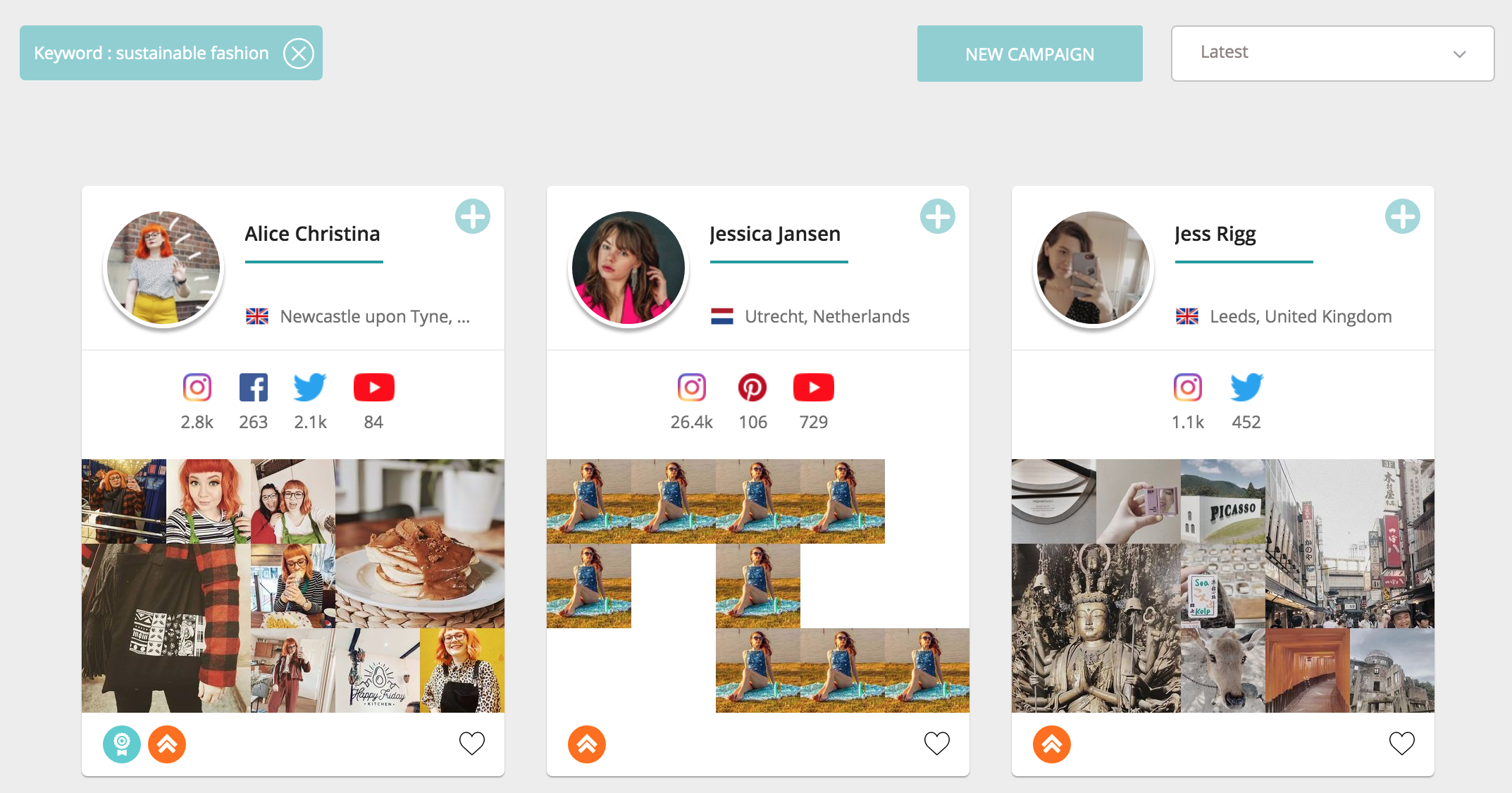 The benefit of using a platform? You don’t have to reach out to each influencer to find out their stats. On a platform, you have access to previous content as well as brand affiliations.  Now, what was once a time-consuming task becomes streamlined and effortless.

The value and benefits of micro-influencers

Typically, as the number of followers increases, engagement rate decreases. What’s more, engagement impacts ROI. Micro-influencers built their following on trust and a common appreciation for a specific niche.

As more people engage with an influencer’s post, the level of brand awareness increases. The engaged audience may even go on to become a customer. 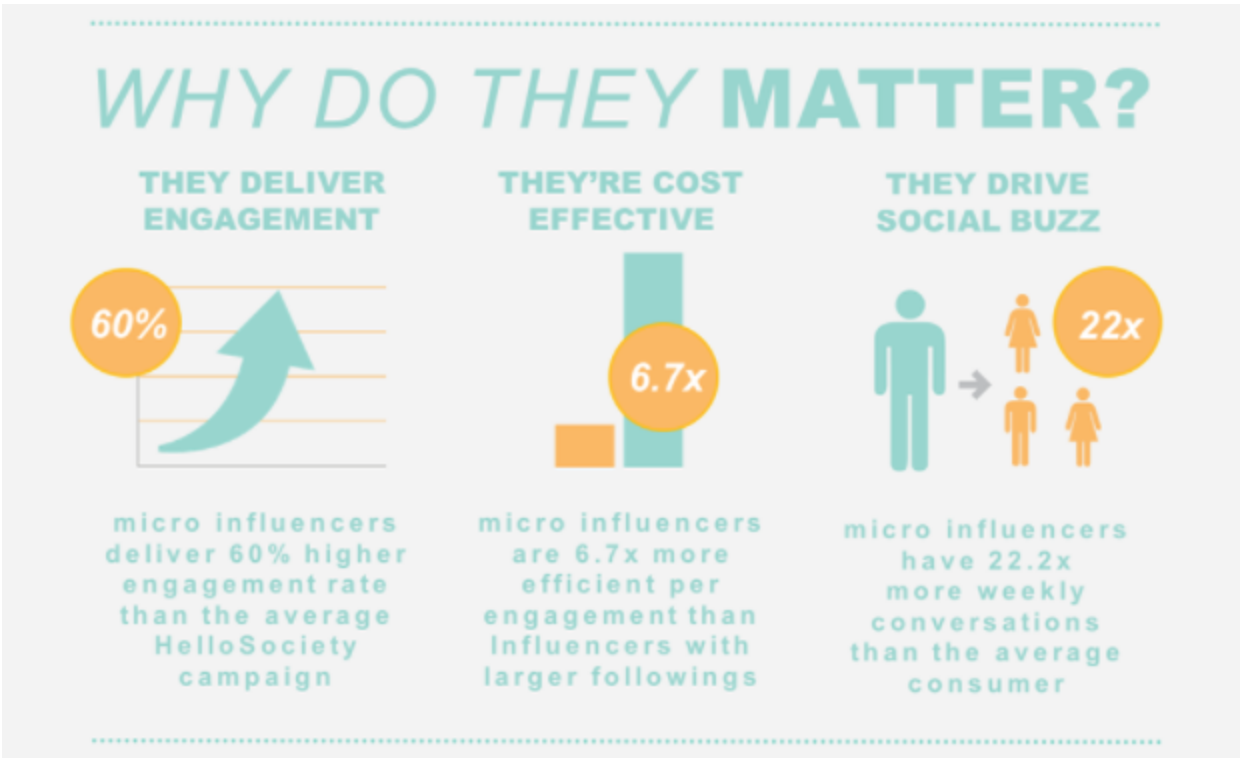 Data from influencer marketing agency HelloSociety revealed that micro-influencers have a 60% higher engagement rate than other campaigns.

They’re 6.7x more cost-efficient per individual engagement than an influencer with a larger following.

Many brands are still unsure or unaware of how to make the best use from micro-influencers. This is due to a lack of understanding of how micro-influencers improve brand awareness. In its infancy; brands utilising influencer marketing believed the bigger the following the better the results. Now, though, as the industry matures, this simply isn’t the case.

Glossier works with influencers of all sizes, especially micro-influencers. They understand that a micro-influencer with an interest in make-up is likely to have an audience with the same interest. In comparison, someone might follow a social celebrity just because they like the celebrity. They may not have an interest in the same topics. As a brand, work with influencers who have an audience closely matching your target customer.

As you can see in the image below, Glossier repurpose influencer’s content on their own feed. They understand the value and authenticity of influencer content. They use this content to drive engagement on their own social platforms. 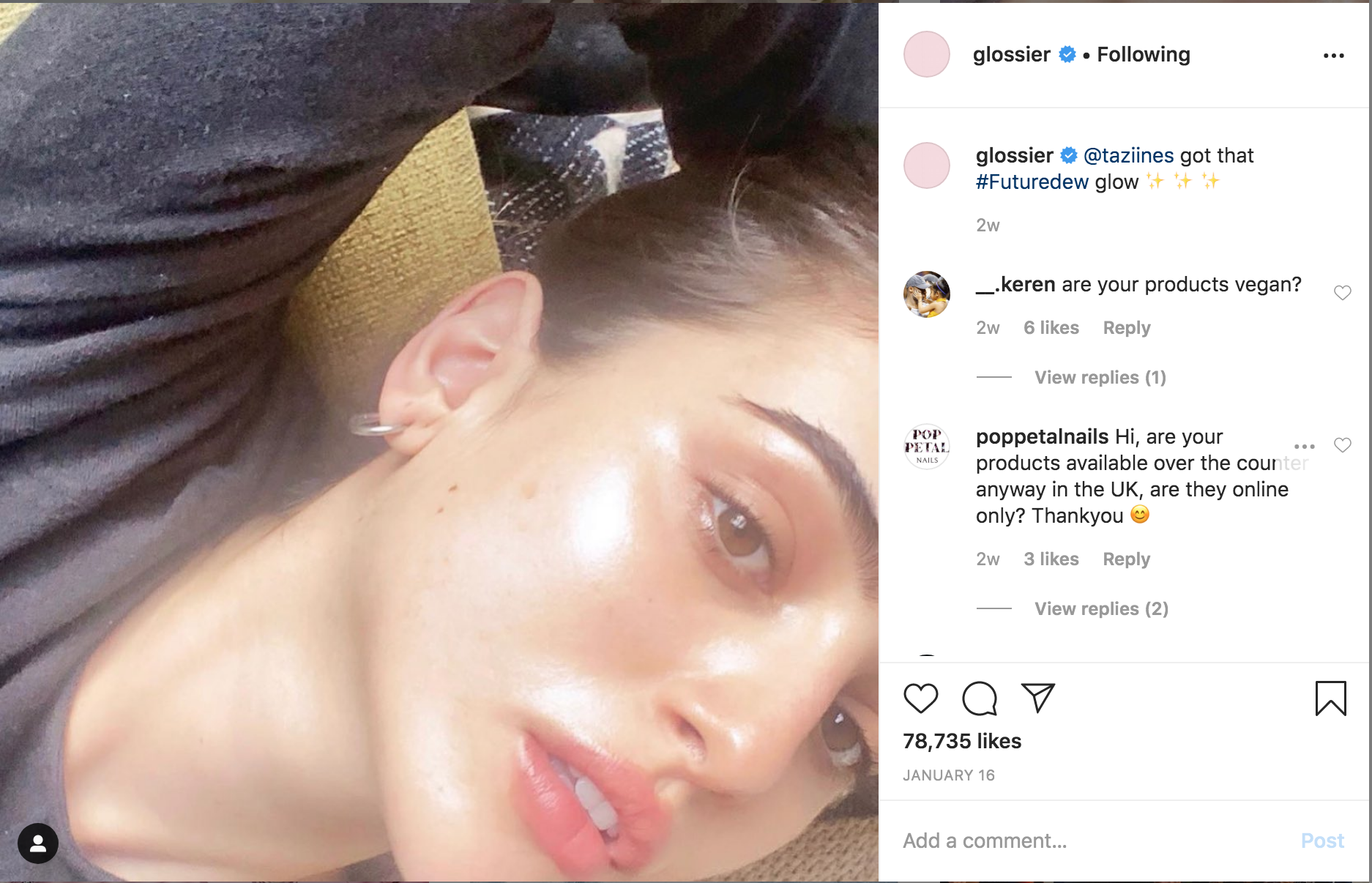 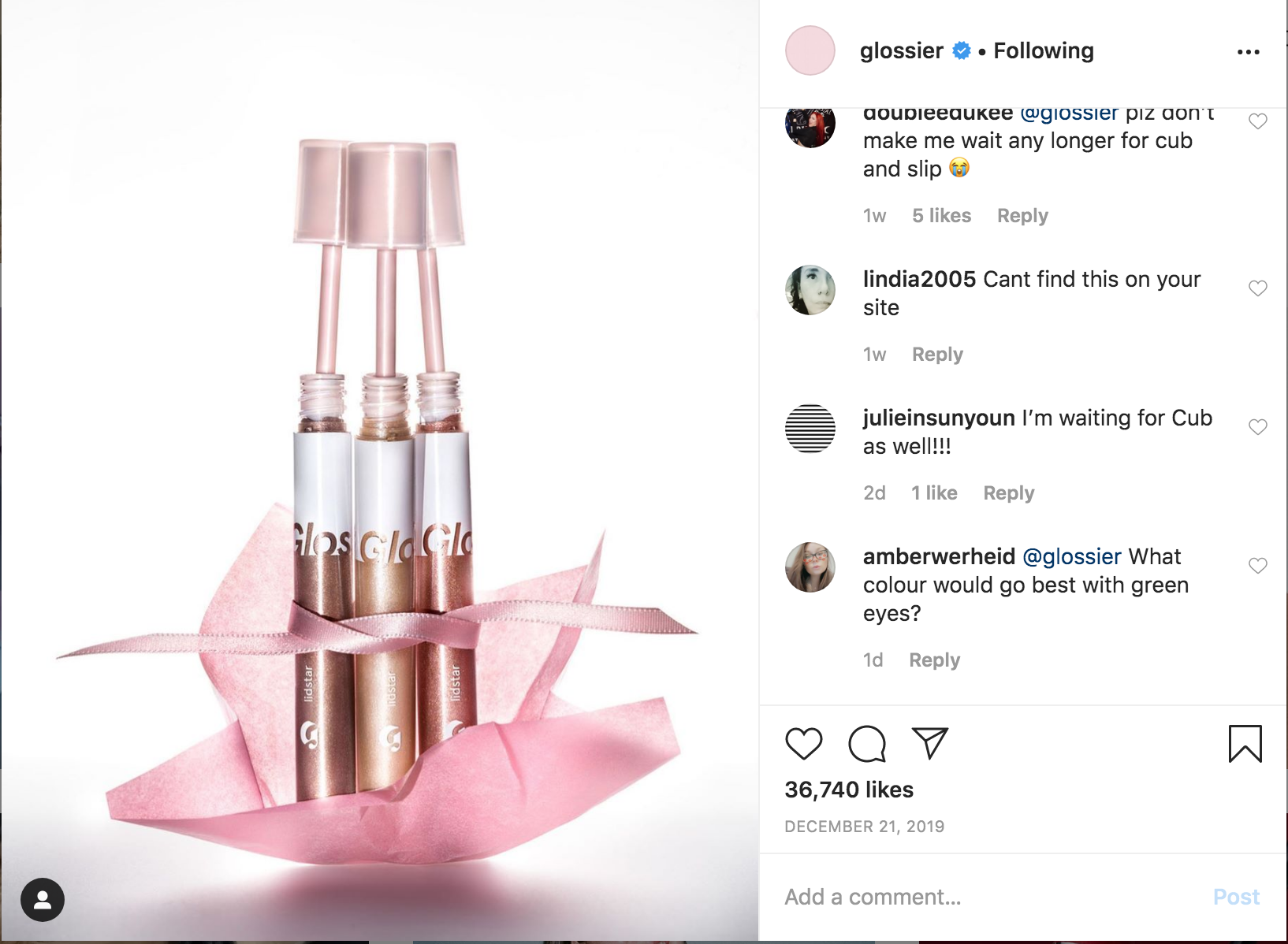 What does this tell us?  Working with micro-influencers gives you access to authentic content. Further, this content has proof of resonating with your target audience.  They have a direct connection and link to the people you want to target. As such, reward their creativity and utilise their content on your other channels.

Micro-influencers: are they worth it?

When it comes to working with the right influencers, don’t overlook micro-influencers. What they lack in follower numbers, they gain in engagement.

But if you’re ready to get started with your search, why not book a demo and see for yourself the benefit of working with micro-influencers.

Have you used micro-influencers as part of your influencer marketing strategy?